We offer a huge selection of replacement VW Camper Canvas Tops and Canvas Pop-Tops for your VW Camper Bus or VW Vanagon Camper.

We carry all of the parts needed to restore your VW Camper Tops. All of our high quality VW Top Parts are guaranteed to fit your VW Bus and last for many years.

Find parts for your vehicle:

As low as ${{ calculateBreadCost(result.price) }} per month*

* This example payment based on the listed product price of ${{ result.price }} assuming a 24 month term loan and a 9.99% APR. Your terms may vary and are subject to credit approval. Rates range from 0% to 29.99% APR. BreadÂ® loans are made by Cross River Bank, a New Jersey Chartered Bank, Member FDIC.

Molly the Search Dog wasn't able to find anything.

- Check for typos or misspellings

- Broaden your search by removing any applied filters 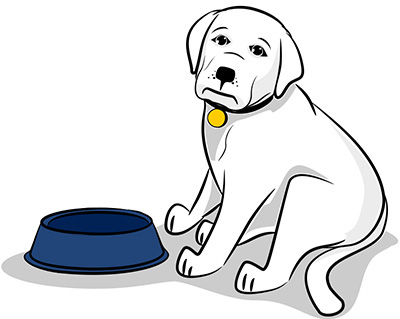 Original models were fairly simple conversions with modest camping accommodations. Various seating arrangements offered sleeping positions once moved and folded. The interior panels were made of Birch plywood and had cabinets for storage. Most models had a cold storage box, electrical hook ups, curtains and a folding table. Some models had a sink with a water storage tank with pump.

Starting in 1964 Westfalia started installing a pop-top tent on the VW Camper Buses. The pop up tent allowed a person to stand up in the center of the bus and made a big difference for camping. The center portion of the roof was a square cut out and a fiberglass shell was placed over the opening.

The shell popped straight up from the roof. No more crouching over to get changed or prepare a meal. We offer the pop top tents for the 1964 to 1967 VW Camper Bus as well as the seal from the fiberglass roof to the body to make sure the weather stays out. The camper tents are screened just as the originals were and come in tan or gold.

In 1968 when VW first offered the new body style Bay Window Bus, Westfalia changed up the camper conversion to suit. The larger body style offered more room and Westfalia put the room to use. The new body style allowed for a larger pop top roof and even had a built in luggage rack. We have the seals for the pop up roof and the luggage rack as well. The new pop top camper roof was hinged at the windshield and opened towards the back, taking up roughly two-thirds of the roof.

The tent had 3 windows as do our replacement Westfalia Camper tents. VW and Westfalia offered this configuration all the way through 1973.

1974 brought a new camper configuration from Westfalia which stayed the same all the way up to their last Vanagon Camper models offered in 1991 and sold through 1992. The new camper roof was similar to the early model but reversed. The camper top was hinged at the rear of the roof and opened up to the front.

The luggage rack on these models is at the front which makes accessing it much easier. We have the seals for the pop top roof and the luggage racks. The canvas tents for both models, the 1968-1979 VW Bus and the 1980-1991 Vanagon are available in tan or gold. The 1968-1979 Westfalia tents have 3 windows. The 1980-1991 Westfalia tents are offered with 1 window or 3 windows.

We also carry a large selection of interior parts for the Volkswagen camper including seat upholstery, door panels, carpet kits and rubber floor mats. You can view a complete menu of our Volkswagen Bus parts