Part Number: AL82N
Notify Me When In Stock

The Bosch Internally Regulated Replacement Alternator is our most popular charging choice. The 55 amp internally regulated alternator can be used on 1961 through 1977 Standard Beetles, 1971 through 1979 Super Beetles, 1960 through 1971 Type 2 Bus models and 1973 through 1974 Things. The wiring for the alternator has to be modified as it is internally regulated. See the "Tech Tips" tab for more information regarding the conversion. 1966 and earlier models will require a different stand, backing plate and pulley as the 6 volt units are not compatible with the alternator. 1967 and later models that use a generator may have to swap the stand as the stock generator stand can not be used with the new alternator.
If you are converting a car that currently has a generator over to an alternator, order our Alternator Conversion Kit which includes the Bosch 55amp Internally Regulated Alternator, a new alternator stand, alternator strap and 3 piece backing plate kit. This alternator is internally regulated! 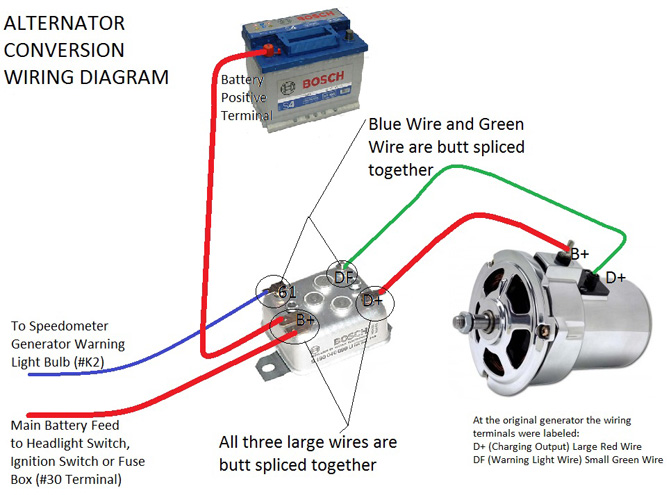